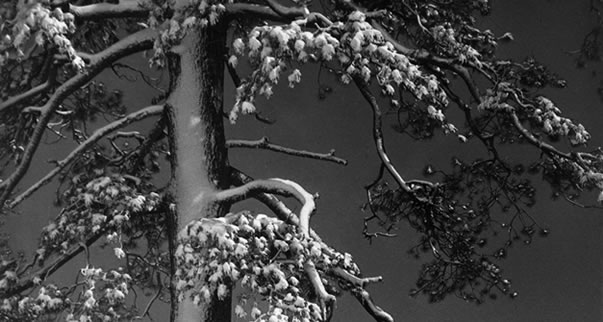 
Featuring highlights from a 1932 juried exhibition at the De Young in San Francisco, 'California Trees' demonstrates the shift in style from the dreamy Pictorialism of the late nineteenth and early twentieth century to the crisp, detailed focus of Group f.64 photographers. Sponsored by the Save the Redwoods League and the Garden Club of America, the 1932 exhibition 'California Trees' was juried by a group including Lloyd La Page Rollins, the De Young's director and a major Group f.64 supporter. As a result, Group f.64 members, including Ansel Adams, Edward Weston, and Willard Van Dyke, all but swept the jury's awards. Yet 'California Trees' did not herald a complete changing of the guards; many other works featured in the 164-photograph exhibition included photographs by Pictorialist hangers-on.