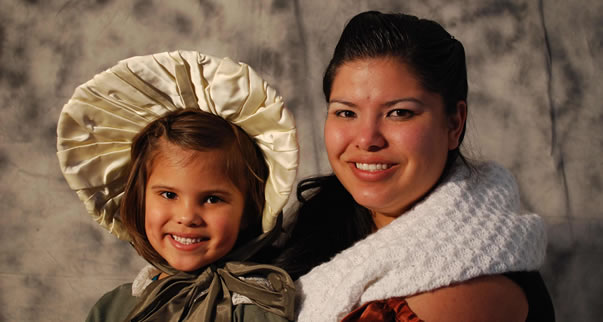 
This annual festival takes place during the second weekend in February on Mission Avenue btw Lemon and Orange Streets in downtown Riverside. It commemorates the life of author Charles Dickens through plays, poetry, 19th century period re-creations, book bizarre, and Oliver's Alley youth programming. Once again this year, the Alley offered free color portraits to costumed participants in a photo studio set up by UCR/CMP and photographed by intern Adonay Sanchez. This community exhibit will run from March 1 - 28, 2010. For info on next year's festival, contact Brenda Beers, Oliver's Alley Chair (951) 301-7337.