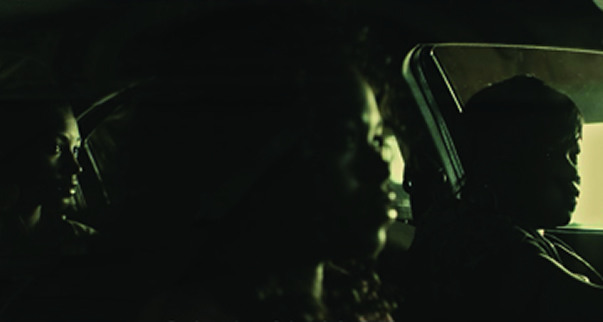 
UCR Sweeney Art Gallery presents the west coast premiere of Sirens of Chrome by New York-based Danish artist, Jesper Just. Known for his short cinematic videos, Just's work are often emotionally charged with ambiguous narratives that never reaches a moment of closure. Filmed in Detroit, Sirens of Chrome (2010) centers around the dynamics of five African-American women. Just explores emotions and power structures and questions human stereotypes and the human condition among the characters while allowing the viewer to attach their own personal assessment. His works have been shown throughout Europe and the United States, including: the Hammer Museum, Los Angeles, CA (2005), the Miami Art Museum, Miami, FL (2007); and the Witte de With in Rotterdam, The Netherlands (2007).

Artists Jesper Just and Asher Hartman will discuss their respective solo exhibitions, "Jesper Just: Sirens of Chrome" and "Asher Hartman: Halfway to Las Vegas," at UCR Culver Center of the Arts and Sweeney Art Gallery. The Just discussion will be led by the curator for the exhibition, Jennifer Frias, associate curator, Sweeney Art Gallery, and the Hartman discussion will be led by co-curator for the exhibition, Jeff Cain, exhibition designer, ARTSblock. The exhibitions close on Saturday, January 21, 2012.