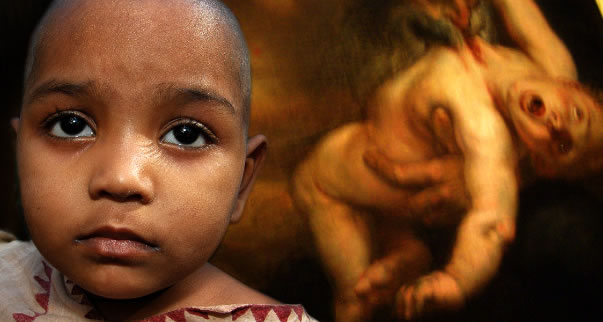 
Since the early 90s, UCR/California Museum of Photography has been intimately involved with the presentation of work by the Mexican photographer Pedro Meyer. The museum is now proud to participate in Meyer's Heresies Project, a Pedro Meyer retrospective that will open simultaneously in nearly 60 museums around the world in October, 2008, Heresies will be a major breakthrough in the way photographic work is exhibited.

Pedro Meyer is recognized widely both for his provocative and powerful images and his pioneering work in the digital imaging era. Meyer's photographs consistently question the limits of truth, fiction and reality. With the advent of digital technologies in the early 90's, Meyer evolved from a documentary photographer, who created "straight photography" to a digital documentary maker, who combines elements of different photographs to arrive at a digital rather than a "decisive moment". His famous statement that every photograph, either digitally manipulated or not, is both truth and fiction, caused him to be seen as a Heretic in the orthodox world of documentary photography, thus the title Heresies.