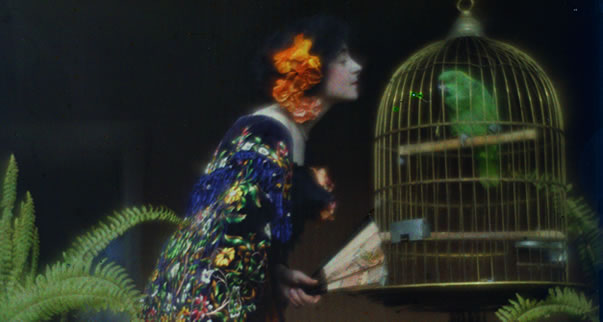 The Magic of the Autochrome


Pictures from potatoes? Before mass produced subtractive color film became available in the 1930's, the Autochrome was the favorite color method of professional photographers and amateur artists. First sold in 1907, and invented by the Lumiére brothers, simultaneous inventors of the moving picture with Edison, the Autochrome process used miniscule grains of potato starch dyed red, blue, and green to create a chromatic screen through which to capture color with an ease never before possible. Often compared with the works of Impressionist painters, the starch grains lend a vague and painterly aspect to the images. The result is a one of a kind glass plate of striking beauty and muted, smoky color. UCR/California Museum of Photography collection contains several examples of these early twentieth century images taken by Californian photographers, such as Will Connell of Los Angeles and W. Edwin Gledhill of Santa Barbara. Smoke and Mirrors invites viewers to experience these lovely and haunting images of a time before color.