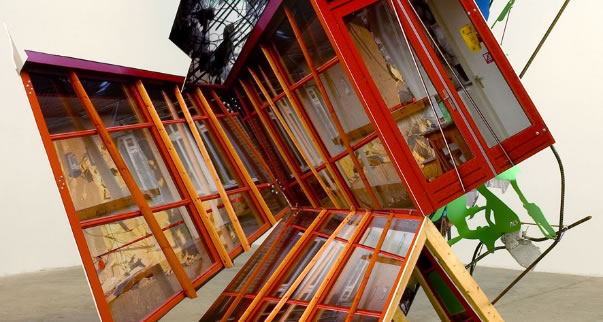 
Explores how a new generation of artists in California are using photographic prints as the basic medium in the creation of sculptural works, in an effort to expand the use of the media and to examine the nature of the photographic image. Through these works, the artists shake the foundations of the photograph's traditional function as a reliable record of a visual perception. The exhibition follows in the footsteps of earlier generations of artists working in California who, in the 1960's through the late 1980's, began to use the photograph in radically new art contexts, such as John Baldessari, Wallace Berman, Robert Heinecken, Susan Rankaitis, Edward Ruscha, Ilene Segalove, and Alexis Smith.