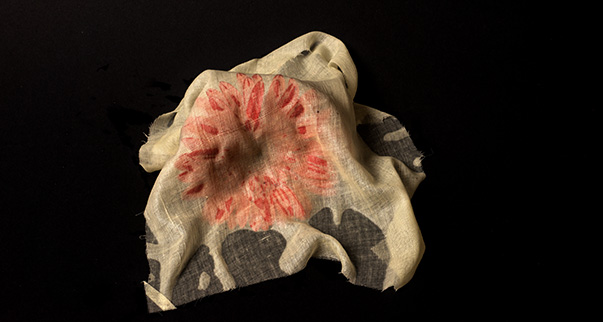 
The California Museum of Photography presents Flash: Archana Vikram, featuring Smothered (2016), a new photograph by the Bangalore-based artist from her series “The Unwelcome” (2014-16). The project responds to the lingering, though illegal, practice of female infanticide in India. The deliberate killing of girl infants results in imbalanced populations, and also reinforces a patriarchal preference for the economic and cultural value of male children. Composing still life arrangements that allude to methods of infanticide, Vikram’s photographs picture crushed, water-submerged, and burned flowers.

Flash! contemporary art series features single works made within the last year. The exhibitions are presented on the third floor of the CMP. Flash: Archana Vikram is the fifteenth exhibition in the series.