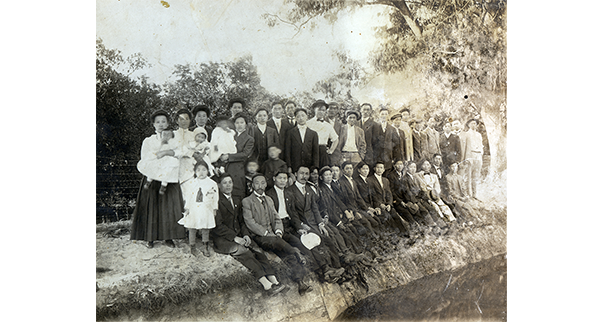 The First Koreatown in the United States


Korean immigrant and activist Dosan Ahn Chang Ho founded Pachappa Camp, the first American Koreatown, in Riverside in 1905. The community of mostly agricultural workers flourished from 1905–1913 and was at one time home to approximately three hundred men, women, and children. Yet by 1918, Pachappa Camp no longer existed. After the 1913 Great Freeze toppled the local citrus industry, Korean workers and their families moved to other California agricultural communities, including Dinuba, Reedley, and Willows.

With archival photographs, maps, newspaper articles and advertisements, and other ephemera, this exhibition examines the history and legacy of Pachappa Camp, as well as the fraught life story of Dosan, who in 1926 was deported from the United States after being falsely accused of being a Bolshevist. His lasting legacy in Riverside is commemorated by a statue on University Avenue, which was erected in 2001 to honor his life and the Korean American community that lived, worked, and died in Riverside.