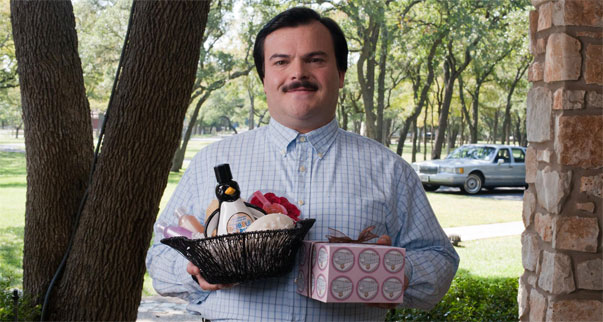 
Berne Tiedie, played by Jack Black, is a well respected assistant funeral director of a small Texas town. After a widow Bernie befriended is found dead, Bernie is charged with her murder. The film is based on the true story of Bernie Tiede.