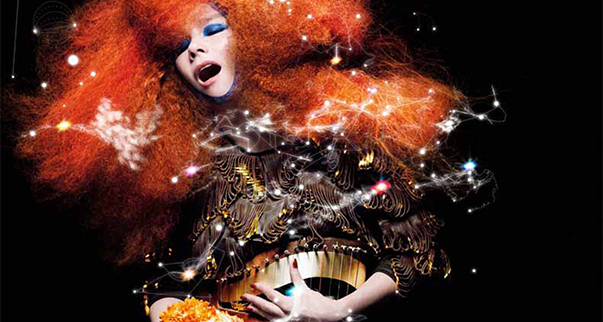 Shown together with the short, When Björk met Attenborough, 2013.

“There are not many artists who can combine the life cycle of a jellyfish with a break beat and make it work. But this is an extraordinary piece, perhaps more an opera, where Björk and drummer Manu Delago are at their virtuosic best. It’s utterly bonkers yet moving—especially a strange love song set to a mutating virus. Björk worked in Iceland on her Biophilia project, which was billed as “a multimedia exploration of the universe.” This live concert film, filmed by Peter Strickland and Nick Fenton in London in 2013, derives from the giant collaboration between app developers, scientists, instrument makers and a 24-women Icelandic choir.” Lucy Siegle, The Guardian.