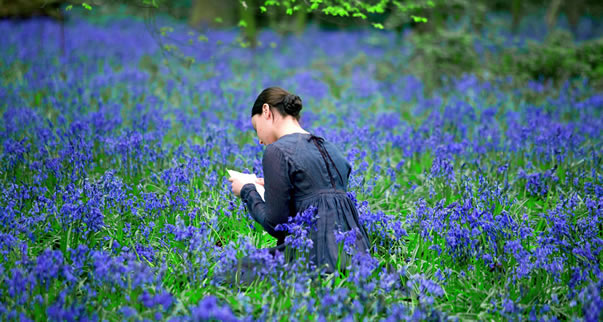 
Jane Campoin's Bright Star tells of the brief love affair between poet John Keats and Fanny Brawne, which was cut short by the poet's untimely death at the age of 25.

"Campion has made a film as densely concentrated as one of [Keats'] late poems, a cinematic ode to what Keats, in a sonnet written for Fanny, called 'the sweet minor zest of love'." - Dana Stevens, Slate
"The best costumers, set designers, and property masters can't conjure up the mental and emotional spaces of a simpler era; that requires a filmmaker who knows the virtue of quiet, patience, and attentiveness." - J.R. Jones, Chicago Reader
Nominated Best Costume Design, Academy Awards 2010