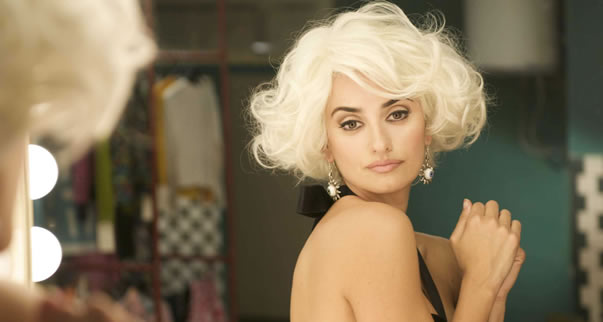 
A blind writer, Harry Caine, is revisited by a scandal from 14 years prior, when he was still known as Mateo Blanco. Almodovar's Broken Embraces, jumping from past to present, unravels the mystery of Harry Caine's life, telling a story of love, deception, and loss.

"The writer-director is up to his old tricks, creating an onion of an experience - a movie within a movie within a movie, irony in each layer, poignancy that stings and whimsy that bites." - Betsy Sharkey, Los Angeles Times
"Broken Embraces is a passionate, perfumed love letter to cinema. Almodovar's latest movie is positively drunk in its desire for handsome actors and beautiful actresses, gorgeously art-directed sets, suspense, comedy, ironic flashbacks, tragic romance." - Colin Covert, Minneapolis Star Tribune
Nominated, Palme d'Or, Cannes, 2009, and Golden Globes, 2010