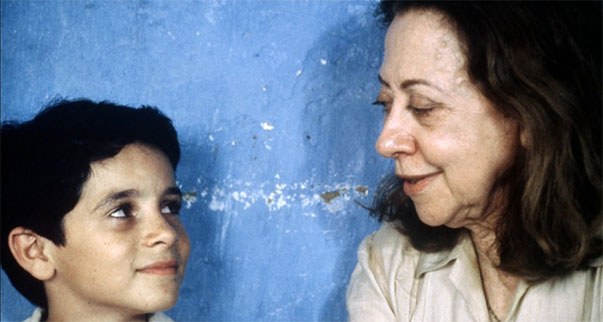 
Set in the Brazilian countryside, Central Station is the story of a young boy who, with the help of a retired school teacher, searches for the father he never knew.

“In Walter Salles’ Central Station, a cynical, joyless woman crosses paths with a lonely young boy. Beautifully observed and featuring a bravura performance by the Brazilian actress Fernanda Montenegro, it gracefully watches these oddly paired characters develop a fractious bond that winds up profoundly changing both of them. Mr. Salles’s background as a documentary filmmaker also gives this lovely, stirring film a strong sense of Brazil’s impoverished rural landscape once its principals take to the road. By the time the travelers are caught up in a religious pilgrimage, the film has taken on a Felliniesque sense of spiritual discovery. Mr. Salles directs simply and watchfully, with an eye that seems to penetrate all the characters.” - Janet Maslin, New York Times.