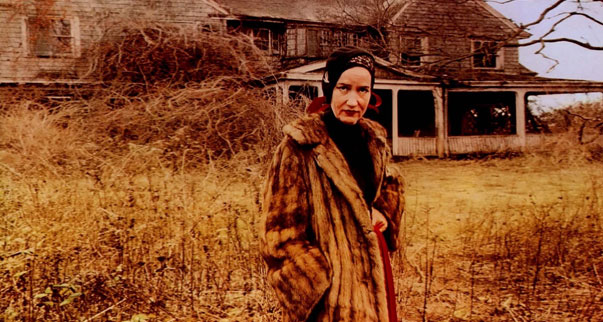 Meet Big and Little Edie Beale—high-society dropouts, mother and daughter, reclusive cousins of Jackie O.— thriving together amid the decay and disorder of their ramshackle East Hampton mansion. This impossibly intimate portrait, and an eerie echo of the Kennedy Camelot, by Albert and David Maysles, quickly became a cult classic and established Little Edie as a fashion icon and philosopher queen. Grey Gardens inspired a Broadway show, fashion spreads in both Vogue and Harper’s Bazaar, a Hollywood remake, and Jackie O. to save the couple from a hazardous health eviction order.

In conjunction with Grey Gardens, Culver Center of the Arts presents on Saturday, November 23, 7:30 PM, free admission, two one-act plays by Deanne Stillman: Inside the White House & Billy the Kid and Lee Harvey Oswald Praise Citizenship in the American Dreamtime, presented in commemoration of the 50th anniversary of the assassination of John Fitzgerald Kennedy on November 22, 1963. Stillman has won numerous awards for her books and is a member of the core faculty at the UCR-Palm Desert M.F.A. Low Residency Creative Writing Program.