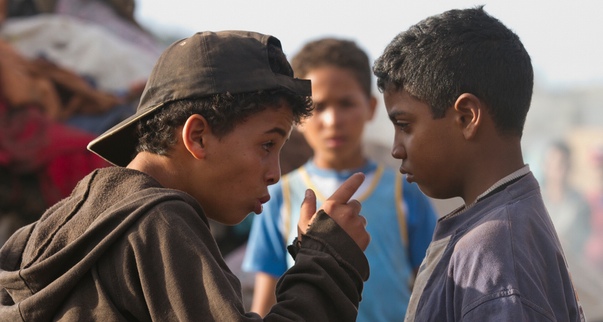 “Horses of God, a wrenching social-realist drama from the French-born Moroccan filmmaker Nabil Ayouch, offers a powerful example of the depth of debate about the root causes of terrorism within the Arab world. The film traces the origins of an infamous attack few Westerners even know about, in the heart of Casablanca, perhaps the most tolerant and cosmopolitan city in the Arab world. In refusing to argue for easy or friendly solutions—or really any at all—and in indicting the corruption, inequality and frequent brutality of Arab society, Horses of God is one of the most forceful entries in a growing body of cinema that interrogates the causes and effects of terrorism, nationalism and fundamentalism in the Arab world.” Andrew O’Hehir, Salon
François Chalais Award, Cannes Film Festival, 2012