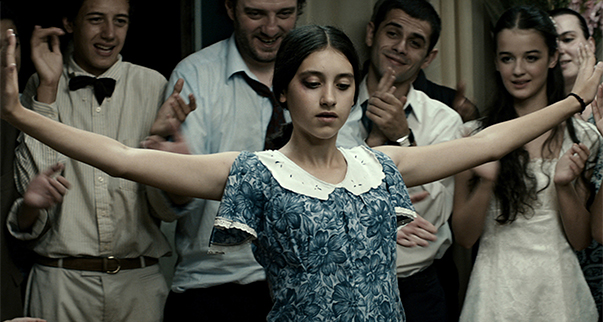 
“Thrillingly intuitive and lively performances from two teenagers lend heart and soul to this coming-of-age drama set in post-Soviet Georgia; a world in which a gun can be a token of affection, a marriage proposal looks more like a kidnapping, and love and death are never far apart. Drawing on memories of growing up in the 90s, this terrifically engaging work raises important questions about universal experience and cultural context—in this case, the search for independent female identity in a society all but suffocated by the threat of violence. The film has an extraordinary lightness of touch, with moments of astutely observed comedy giving way to defiant displays of dance beneath the overarching shadow of looming unrest.” Mark Kermode, The Guardian.