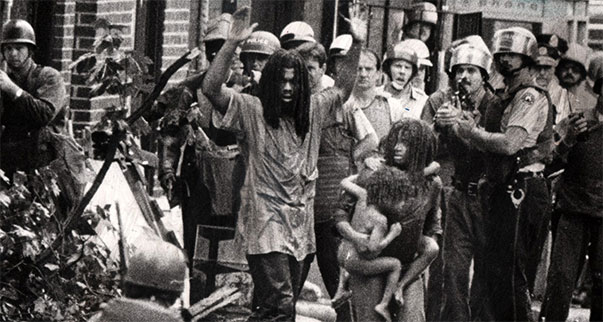 
“In the astonishingly gripping Let the Fire Burn, director Jason Osder has crafted that rarest of cinematic objects: a found-footage film that unfurls with the tension of a great thriller. In May 1985, a longtime feud between the city of Philadelphia and radical urban group MOVE came to a deadly climax. Police dropped military-grade explosives onto a MOVE rowhouse. TV cameras captured the conflagration that quickly escalated and resulted in the eleven deaths and the destruction of 61 homes. It was only later discovered that authorities decided to ‘let the fire burn.’ Using only archival news coverage, Osder has brought to life one of the most tumultuous clashes between government and citizens in modern American history.” Zeitgeist.