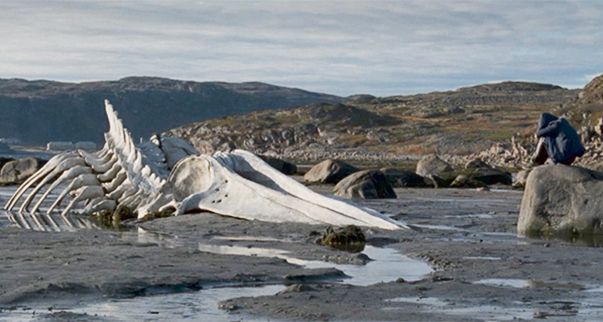 
“A stirringly grim, Jobian tale set on the bleak, beautiful coast of Russia’s Barents Sea, Leviathan is a story of political and spiritual corruption, of men and women accustomed to power, and of others fighting against it. Leviathan opens with shots of craggy coves and the ghostly hulls of broken ships. It moves then with slow determination toward a crushing finale, capturing the codependent relationship between citizens and state. The class divide—the workers, the politicians, the police—is marked. But the haunting mastery of Leviathan comes not from these broad indictments of a social order, but from the specifics of the performances, the actors wearing their hurt and rage, their defiance and dread, like well-worn clothing.” Steven Rea, Philadelphia Inquirer.