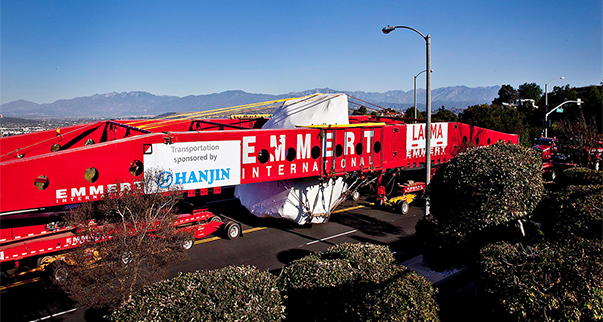 
“Levitated Mass is the story behind the monumental artwork of the same name by Michael Heizer, which is now installed at the Los Angeles County Museum of Art. First conceived in 1968 but not technologically possible until 2012, this two-story tall, 340-ton granite boulder was moved from its desert quarry over 105 miles on a custom-built, 206-wheeled tractor trailer to its permanent home at LACMA. Pray’s documentary follows the boulder’s historic journey, which caused an international media sensation as it challenged the imagination of hundreds of thousands of spectators over the ten nights it crawled through the streets of Los Angeles. Pray captures the spectacle, as well as the reactions—ranging from awe to outrage.” First Run Features.