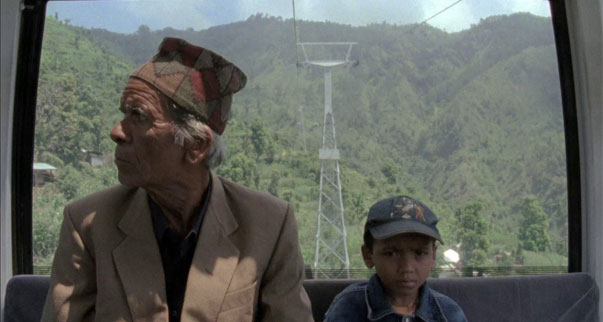 
“Breathtaking, poignant and mesmerizing, Manakamana is a documentary shot entirely inside the narrow bubble of a cable car, high above a jungle in Nepal, as it transports villagers and tourists to an ancient mountaintop temple. This evocative and rigorously structured documentary is filmed in 16mm and shows 11 rides: each a single 10 to 11 minute take on a 400-foot roll of film. Manakamana is a tender, ephemeral character study of its passengers and a window onto the lush, rolling landscape of a country in transition from ancient tradition to modernity. The New York Film Festival called it, “an airborne version of an Andy Warhol screen test, an endlessly suggestive film that describes and transcends the bounds of time and space.”