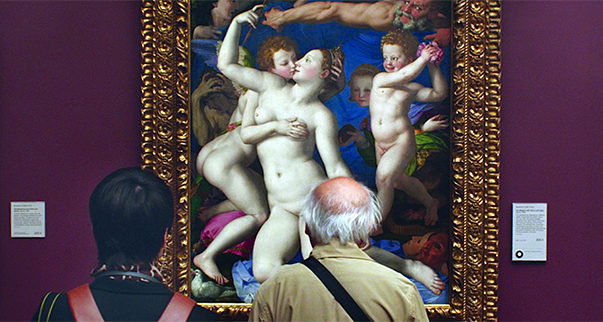 
“The explicit subject of Frederick Wiseman’s magnificent documentary National Gallery is the stately museum that rises at the northern end of Trafalgar Square in London. The experience of watching National Gallery is immersive because he’s a wonderful storyteller. It is also unexpectedly moving. Because his other great theme is how art speaks to us, one he brilliantly expresses in the relay of gazes that finds us looking at museumgoers looking at portraits that look right back—at artists, art lovers and moviegoers—even as Mr. Wiseman looks at all of us in turn. The movie is fascinating in its pinpoint detail and transporting in its cosmic reach. It’s a privileged three-hour virtual tour of the museum.” Manohla Dargis, New York Times.