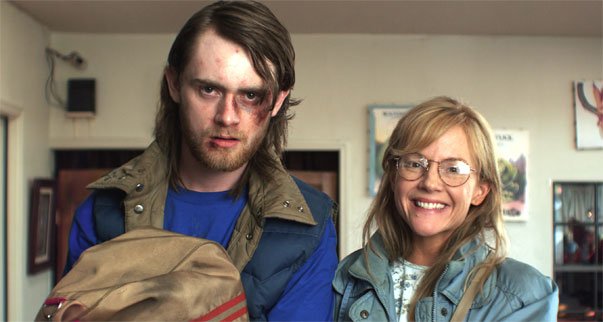 
"Robbie Pickering's spectacular debut, Natural Selection, a multifaceted comedy about a woman who tracks down the drugged-out escaped convict who she believes was the result of her husband's long-ago sperm donation. Linda is a good Christian gal who is barren, and whose devout husband, Abe, refuses to sully her body with impure sex. But when Abe passes out at a fertility clinic and falls into a coma, Linda discovers that her saintly hubby has been donating his sperm for more than two decades. His dying wish is for Linda to seek out his son. She finds Raymond, that self-destructive, drug-addled, charming freak force of nature. And they hit the road, busting out of genres and expected tropes as they drive along." - Logan Hill, Vulture.com