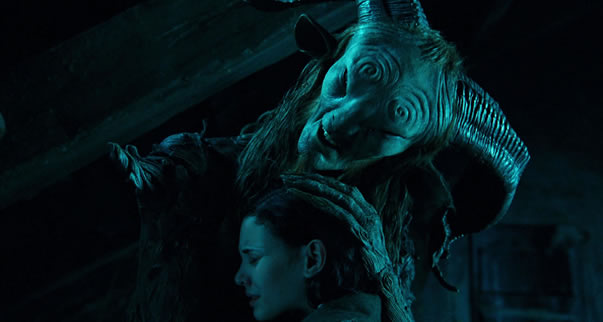 
Serving as a parable of the horrors of the Spanish Civil War, Pan's Labyrinth blends reality and fantasy in telling the story of Ophelia. The young step daughter of a fascist officer, Ophelia, escapes the realities of post-civil war Spain through her imaginary world.

"Lyrically written, affectingly acted and poetically filmed, Pan's Labyrinth is brilliant enough to lift an entire genre, simply by its presence. It is one of the most acclaimed films of 2006, and justly so." - Roger Moore, Orlando Sentinel
"Pan's Labyrinth, horrific and heartfelt in the way it sees the trauma of war through the eyes of a little girl, is some kind of great movie." - Peter Travers, Rolling Stone
Nominated for 6 Academy Awards, 2007, including Best Foreign Language Film and Best Original Screenplay