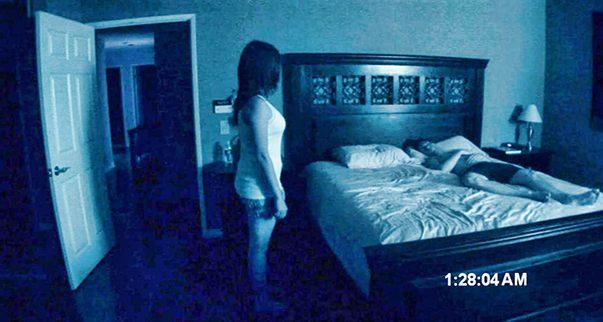 
Be prepared for five hours of spine-tingling treats. The marathon begins at 7pm and will end after midnight. Thursday’s screening will feature the three most popular Paranormal Activity films—Paranormal Activity, 2007, Paranormal Activity 3, 2011, and Paranormal Activity: The Marked Ones, 2014. UCR graduate Kurt Forman will place the films in political, economic, and aesthetic context and screen his own short documentary, The Most Lucrative Film in History. Kurt’s presentation will be followed by screenings of the 2007 film, the 2014 film, and the 2011 film with a 15 minute break between films. These Halloween films are cosponsored by ARTSblock and CHASS Science Fiction and Technoculture Studies Program, with additional support from the Riverside Downtown Partnership.