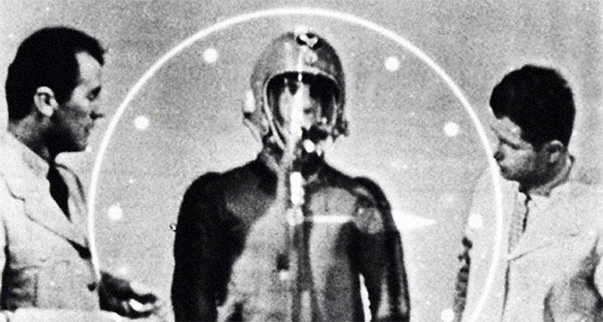 Spectres of the Spectrum

"No American filmmaker has taken more advantage of the sheer breadth of media including vintage 16- and Super-8mm than Craig Baldwin, whose movies stitch together huge ranges of material--B-movies, commercials, kinescopes, quiz shows, A-movies, industrial films--to create indictments of contemporary culture. All of Baldwin?s movies are about information technologies. This 1999 epic is simultaneously a partially coherent science-fiction parable and a re-telling of the development of mass media." - Tom McCormack, Fandor.


This film is being screened in conjunction with the UCR's Eaton Science Fiction Conference, an academic gathering devoted to the study of science fiction as a literary genre and social phenomenon.


Shown in conjunction with the UCR Eaton Science Fiction Conference.