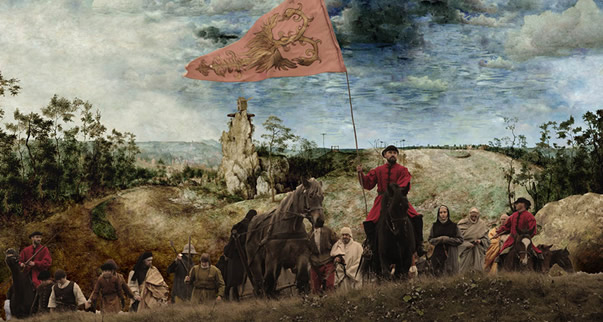 The Mill and the Cross


From Lech Majewski, one of Poland's most acclaimed filmmakers, comes a visually inspired re-staging of Pieter Bruegel's epic 1564 painting Way to Calvary, presented alongside the story of its creation.

"Here is a film before which words fall silent. The Mill & the Cross contains little dialogue, and that simple enough. It enters into the world of a painting, and the man who painted it. If you see no more than the opening shots, you will never forget them. The film is an extraordinary mixture of live action, special effects, green screen work and even an actual copy of the painting itself. The compositions are painterly, the colors Bruegelian. Here is a film of great beauty and attention, and watching it is a form of meditation." - Roger Ebert, Chicago Sun-Times
Official Selection Sundance, Rotterdam, and Göteborg, 2011