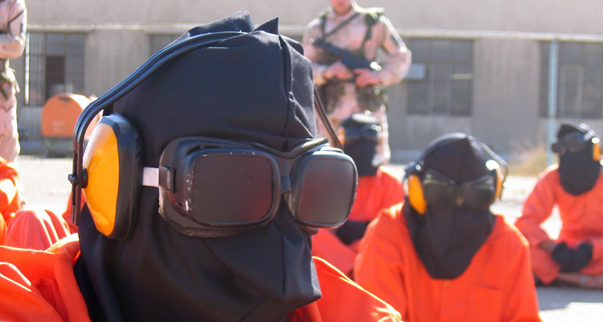 The Road to Guantánamo


This film and next week Zero Dark Thirty are screened in conjunction with the CMP exhibition Geographies of Detention which is comprised of the Guantanamo Public Memory Project now traveling across the USA and selections of artwork by Sandow Birk, Richard Ross, Elyse Emdur and others.

Part drama, part documentary, The Road to Guantánamo uses interviews, news footage, and reenactments to tell the story of the Tipton Three, a trio of British Muslims who were held in Guantanamo Bay for three years of relentless interrogations and torture to make them confess to being terrorists. In the midst of this abuse, the three struggle to keep their spirits up in that face of this grave injustice. Finally they were released without charge.