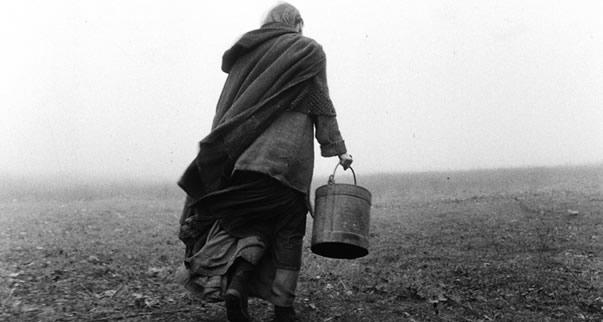 
Famously, on January 3rd 1889, Friedrich Nietzsche witnessed a cab driver viciously whip his horse. Nietzsche threw his arms around the horse's neck and put an end to the beating. Upon arriving home, Nietzsche laid down on his divan and proceeded to lay silent and motionless for two days, eventually slipping into a madness and silence that consumed his final ten years of life. The Turin Horse recounts the events immediately following the whipping of the cab driver's horse, and follows, with meticulous detail, the life of the driver.

"Starkly beautiful and exceedingly demanding, The Turin Horse, which Hungarian master Béla Tarr has said will be his last film, is both easy and impossible to define." - Betsy Sharkey Los Angeles Times