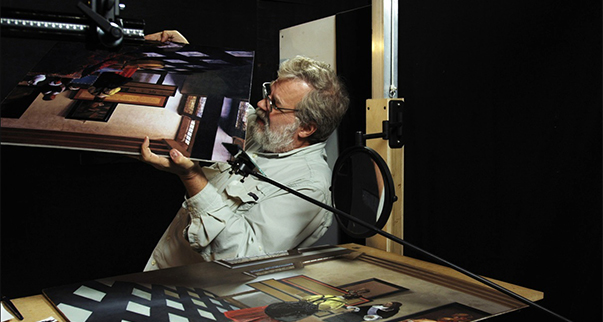 
Tim Jenison, a Texas based inventor, (Video Toaster, LightWave, TriCaster) attempts to solve one of the greatest mysteries in all art: How did 17th century Dutch master Johannes Vermeer (Girl with a Pearl Earring) manage to paint so photo-realistically—150 years before the invention of photography? The epic research project Jenison embarks on to test his theory is as extraordinary as what he discovers. Spanning a decade, Jenison’s adventure takes him to Delft, Holland, and on a pilgrimage to the North coast of Yorkshire to meet artist David Hockney and eventually to Buckingham Palace, to see the Queen’s Vermeer. “Tim’s Vermeer is film as forensics, bringing math and science to bear to solve an art-world mystery.” Steven Rea, Philadelphia Inquirer.