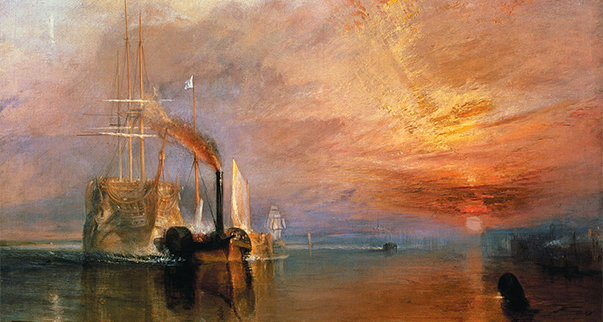 
“The conviction with which director Mike Leigh has re-created Victorian England is a reward in itself, a sumptuous visual banquet. Turner (1775-1851) was an artist of the English Romantic school, one of the most highly praised landscape and seascape painters of his era—and then he pushed beyond that, arriving at Abstract Expressionism a full century ahead of schedule. The film visually replicates the shades and atmospherics of Turner’s art: the human landscape below dwarfed by the drama of sunlight and clouds above, and down in a corner the solitary Mr. Turner (Timothy Spall) trying to put it all on canvas. Spall plays it intuitively and bravely, refusing to meet us halfway. He knows, as Turner knew, that the art does the talking.” Ty Burr, Boston Globe.