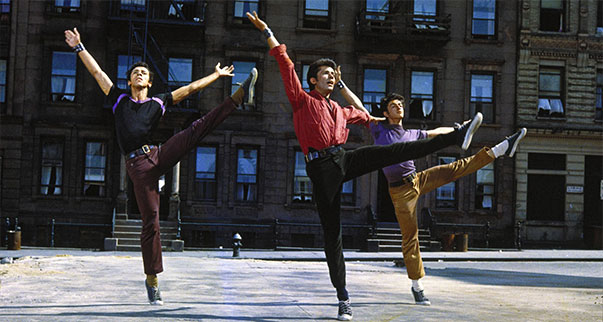 
Downtown Riverside will celebrate a New York style New Year’s Eve, even marking the changing of the year at New York midnight—which is 9:00 pm in Riverside—with fireworks and family fun. Culver joins the city by presenting the landmark New York film, West Side Story, a towering achievement of American musical theater and cinema
that left its own indelible stamp on defining New York and American popular culture and was not afraid of addressing themes of racism and delinquency while questioning America as the land of unbridled opportunity. The Culver screening starts at 6:00 pm and ends at 8:30 pm so you will be out in plenty of time to experience all of downtown Riverside’s New York, New Year’s Eve.