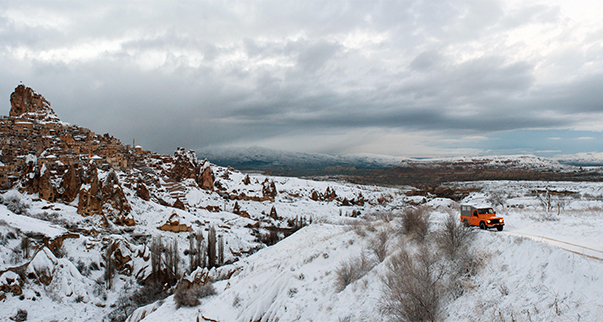 
“Winter Sleep, the title of Nuri Bilge Ceylan’s epic and hypnotic 2014 Palme d’Or winner, refers to hibernation in both environmental and spiritual terms: it is a long, dark night of the soul. The cold and dark of the icy season setting in the Cappadocia mountains of Turkish Anatolia, emanates from the screen like frozen mist. The spiritual chill isn’t so apparent, at least not immediately. But it sinks even deeper into the bones, the film’s 196-minute running span serving to lower the temperature one degree at a time. Ceylan spins gold in thought and image, set to the mournful strains of Schubert’s Piano Sonata No. 20, with this impeccably acted morality tale of a wealthy man who sins by omission.” Peter Howell, Toronto Star.