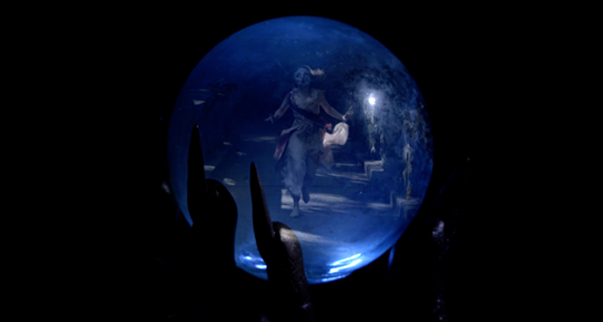 Join us for an afternoon of short horror films from Inland Empire filmmakers!

A messenger comes with a contract intended for a Master Witcher... Instead it is taken up by Geralt, who finds himself a bit over his head after deciding to take on the monster solo.

A small boy finds a guardian in the form of a teddy bear after he is attacked by a monster.

A haunted story about a haunted college campus.

A hopeless romantic will do anything to capture the heart of her unrequited savant.

A vengeful spirit that comes back to haunt those who have done them wrong in the past and get their revenge.

A surreal drama that follows a young woman through an immediate, intense moment that triggers a repressed memory.

A beautiful young woman, slain by her lover and looking for revenge, is resurrected as a skeletal wraith when a fisherman unexpectedly reels her in from the depths.

No reservations are required. Seating is first come, first serve. Please arrive 30 minutes prior to screening time to ensure a seat.