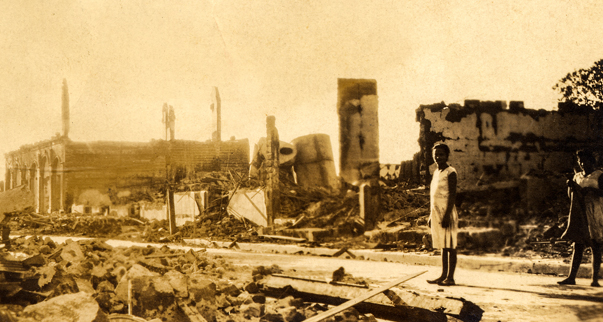 An Evening of Nicaraguan Documentary Films

A short documentary that recalls the tragedy of the 1931 Managua earthquake, the death of and controversy surrounding Mariíta Huezo, and the musical composition for flute and piano by Luis Abraham Delgadillo, which has come to commemorate the catastrophe and the deceased. The film is a product of Bernard Gordillo’s ongoing musicological research into Nicaraguan music history and culture.

An ethnographic film with road movie elements filmed on the Caribbean coast of Nicaragua and Honduras, where endearing characters reveal the cosmic vision of the Garifuna nation. It is a journey back to their roots, a reunion with their ancestors, and a story of a family in resistance while joined by one sea.