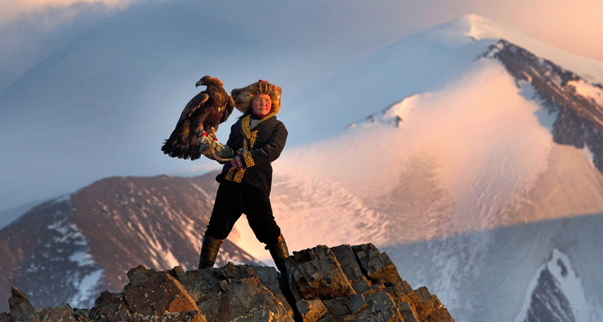 
The Eagle Huntress follows Aisholpan, a 13-year-old girl, as she trains to become the first female in twelve generations of her Kazakh family to become an eagle hunter, and rises to the pinnacle of a tradition that has been handed down from father to son for centuries.

Set against the breathtaking expanse of the Mongolian steppe, The Eagle Huntress features some of the most awe-inspiring cinematography ever captured in a documentary, giving this intimate tale of a young girl's quest the dramatic force of an epic narrative film.

"A breathtaking documentary that shows when we encourage our daughters, amazing things happen." - Christine Estima, Vice

"Thrilling! A move that expands your sense of what is possible." - A.O. Scott, The New York Times