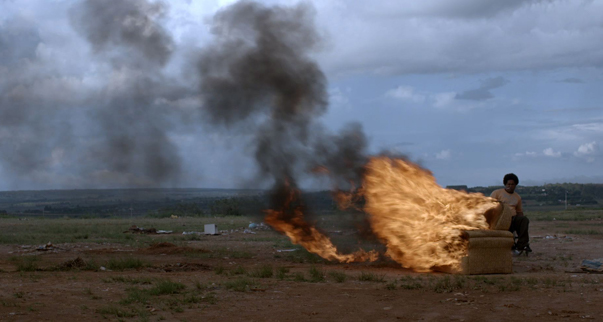 White Out, Black In

In Brazil, a researcher from the future interviews two men who were permanently disabled by police violence in 1986.

These film are presented in conjunction with the exhibition Mundos Alternos: Art and Science Fiction in the Americas, on view at UCR ARTSblock from September 16, 2017 through February 4, 2018. The film program is curated by Sherryl Vint, Director of the Speculative Fiction and Cultures of Science program at UCR, with support from Nikolay Maslov, Curator of Film and Media Projects at UCR ARTSblock, and Alfredo Suppia, Inst. of Arts - University of Campinas (Unicamp).

No reservation is required. Seating is first come, first serve. Please arrive 30 minutes prior to screening time to ensure a seat.