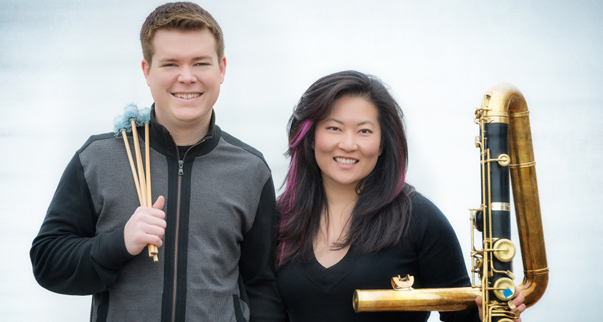 Known for their unique and imaginative concert programming (varying wildly in style and instrumentation from djembe and contrabass flute to Nintendo Gameboy and drum set), A/B Duo has been delighting their audiences all over the United States since 2013. The duo has performed at The Green Mill in Chicago, Spectrum in NYC, The Center for New Music in San Francisco, as well as the Eastman School of Music, Oberlin Conservatory, and other diverse venues such as the video game and indie music festival Rockage 4.0.

A/B Duo is probably the only chamber group to design their own video game. Echoloquacious: the game