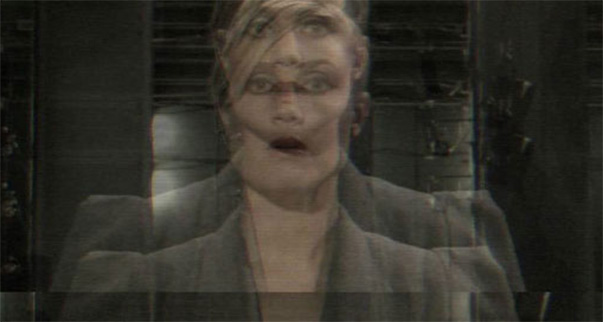 
A performance of Alex Segade's The Holo Library, will coincide with the 2013 Eaton Science Fiction Conference. Segade (of My Barbarian) will present his performance The Holo Library, a multi-media performance exploring the relationship between screens and human beings. Set in a futuristic Los Angeles in a fascist state, the sci-fi narrative depicts a night in the life of a detective who becomes embroiled in a political intrigue when he is seduced in an online chat with a teen-age terrorist boy-band singer. Alexandro Segade, performing as Ace, directs the unfolding action through audience participation and readings enacted by volunteers and special guests as the performance shifts in a darkly humorous discussion of privacy, gender, sexuality, law, media and power. The performance is accompanied by an electronic set mixed by DJ Mateo Segade. The Holo Library is the third part of Segade's Rep/Sep Series depicting a future world of wars over reproduction, cloning, mutation and mandated gay marriage. Organized by UCR English Professor, Jennifer Doyle, as part of a series of Queer Lab events at UCR.