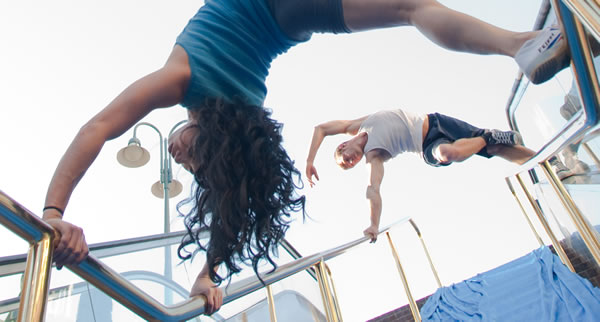 
Collage Dance Theatre (CDT) is an internationally-recognized dance group that specializes in creating site-specific performances designed for unusual public spaces. CDT has performed for prestigious institutions such as the Museum of Design Art + Architecture, Hong Kong Urban Dance Festival, Roy and Edna Disney/Cal Arts Theater, and in such unusual locations as the Lincoln Heights Prison, the Los Angeles River, the LA Subway Terminal Building, the Herald Examiner Building, the Ambassador Hotel and the L.A. Police Academy.

For Countdown to Culver, CDT will perform a new piece, Running Commentary, inside the Culver Center's unique public display vitrines facing the pedestrian mall in downtown Riverside. During the day, there will be an open rehearsal, which CDT invites the public to view.