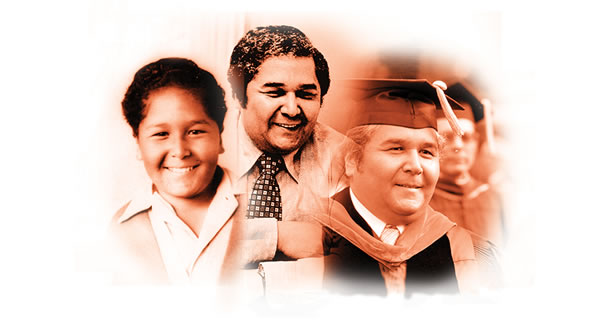 We Are Not Alone


Part of the proceeds from this performance will go to help Riverside\'s Sister City, Sendai, Japan, through Riverside Mayor Loveridge\'s Sendai Relief Fund.

Former UCR Chancellor, Tomás Rivera, is remembered as more than an administrator. He was a national educational leader. He was a poet, novelist, and essayist. He was an inspiration.

This original performance piece is the world premiere of a musical tribute to his life, struggles and achievements. "We Are Not Alone" was written by UCR Professor Emeritus, Carlos Cortés and Juan Felipe Herrera, the Tomás Rivera Endowed Chair in Creative Writing at UCR, and features music by acclaimed composer Bruno Louchouarn.

"We Are Not Alone" is presented as the 24th Annual Tomás Rivera Conference by the Tomás Rivera Endowment and the Department of Creative Writing at UCR. Since Rivera\'s death in 1984, UCR has presented an annual conference in his honor. By viewing Rivera\'s life through the prisms of multiple musical genres, this year\'s conference celebrates his universality and intercultural vision.