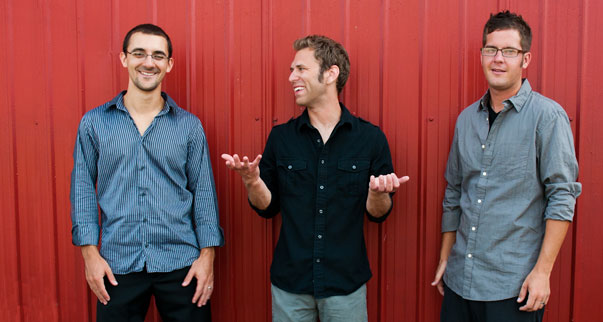 Formed in 2009, line upon line percussion is committed to seeking new ways for percussion instruments to advance contemporary music. To date, the ensemble has commissioned and premiered 8 new works for percussion with 13 additional works currently in the collaborative process. In 2011, the Austin-based trio released a disc of commissioned, homegrown music and premiered their award winning project, seeing times are not hidden, a site-specific work for custom chimes. April 2013 brought the North American premiere of Hugues Dufourt's massive, evening-length masterpiece, Erewhon.

After nominations in 2011 and 2012, the trio was named Best Ensemble by the Austin Critics' Table in 2013. The Austinist called line upon line "the premier new music percussion ensemble in Texas and the South."

line upon line maintains educational and outreach roles with the Austin Chamber Music Center and has performed and taught at numerous academic institutions around the United States. November 2012 marked their first appearance at the Percussive Arts Society International Convention. The group has previously performed at the Fusebox Festival, SXSW, Fast Forward Austin, the Victoria Bach Festival and the International Festival-Institute at Round Top.