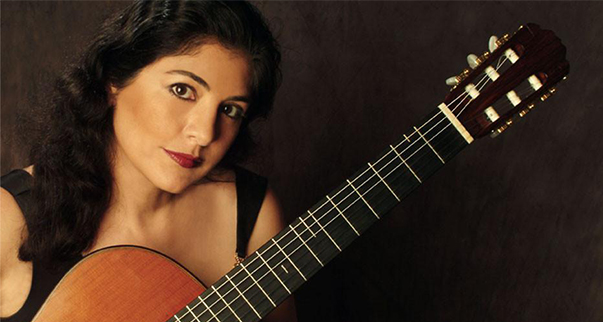 From the Mediterranean to the Middle East: An Evening of Classical Guitar Music with Dr. Lily Afshar


Free and open to the public!

The Department of Music, the Mediterranean Studies Workshop and Middle Eastern and Islamic Studies Program at UCR present:

From the Mediterranean to the Middle East: An Evening of Classical Guitar Music with Dr. Lily Afshar (The University of Memphis)

Dr. Lily Afshar is an award-winning classical guitarist and professor of guitar at the University of Memphis. Born in Iran and raised there until 1977, she obtained her BM, MM, and doctorate in Music from the Boston Conservatory, New England Conservatory, and Florida State University (1989), respectively. She received scholarships for three summers at the Accademia Musicale Chigiana in Siena, Italy, and was one of twelve international guitarists selected to play at the 1986 Segovia master classes at USC. Dr. Afshar has received several teaching awards, the 2000 Orville H. Gibson award for Best Female Guitarist, the NEA Recording award, as well as top prizes in various guitar competitions. She performs the classics of the guitar repertoire, premieres new works, and arranges and composes ballads from her Persian and Azerbaijani heritage in concerts throughout North America, Europe, Africa, Australia, and the Middle East. Her albums include A Jug of Wine and Thou, Hemispheres, Possession, One Thousand and One Nights, Bach on Fire, 24 Caprichos de Goya, and Musica da Camera. Her CD’s and DVD’s will be available for sale at the concert.