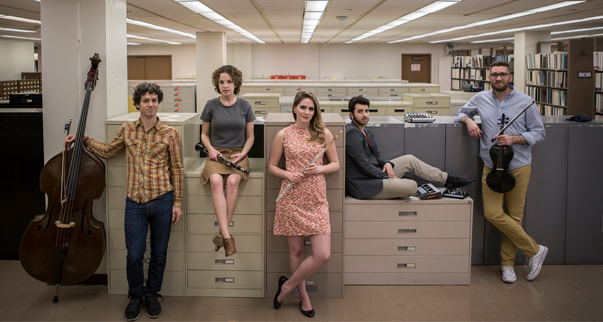 Now Hear Ensemble combines the intimacy of the classical concert experience with electronic music, video art, installation art, and contemporary theater, embracing both contemporary music and pop culture, as they believe a cross-genre approach leads to new territory for creativity.

Based in Los Angeles, the Now Hear Ensemble has performed at renowned venues such as the Roy and Edna Disney/CalArts Theater (REDCAT), the Center for Computer Research in Music and Acoustics (CCRMA) at Stanford University, the Center for New Music and Audio Technologies (CNMAT) at UC Berkeley, the Conrad Prebys Music Center at UC San Diego, the Center for New Music in San Francisco, the Fisher Museum at the University of Southern California, the Santa Barbara Museum of Art, the Museum of Contemporary Art in Santa Barbara and the Carlsbad Music Festival. Now Hear has held residencies at Avaloch Farm Institute, UC Irvine and UC Santa Barbara and has had their music featured by BBC Radio 3.