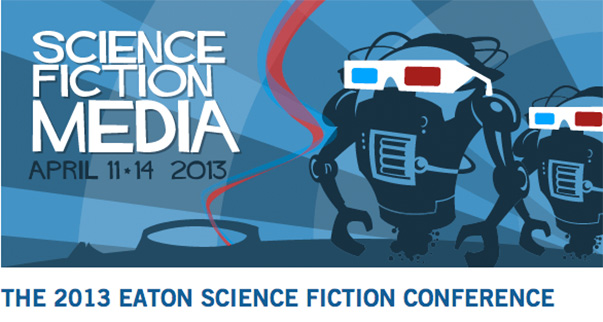 Varying Admission Levels to the Conference


Concurrent with Free Enterprise, the bi-annual UC Riverside's Eaton Science Fiction Conference will take place in April 2013. It is a premier academic conference devoted to the study of all aspects of science fiction as a literary genre and social phenomenon. The 2013 Eaton Science Fiction Conference will be held April 11 to April 14, 2013 at the Riverside Marriott Hotel, and will examine science fiction in multiple media. The keynote speaker and filmmaker will take place at UCR Culver Center of the Arts on Friday, April 12, during which Craig Baldwin will discuss his film, Spectres of the Spectrum, which will be screened again the following night, April 13, though the filmmaker will not be present then.