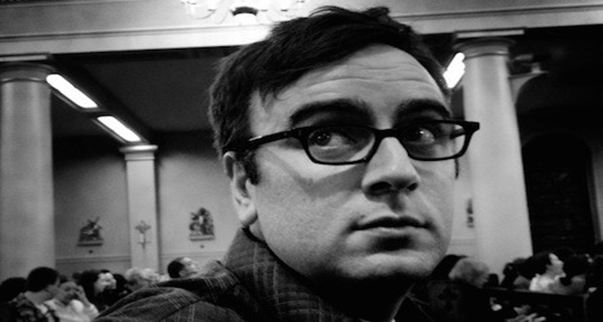 Robert Krut: This is the Ocean

Conversations at the Culver

This is the Ocean, recipient of the Melissa Lanitis Gregory Poetry Prize, is available at bookstores as well as Small Press Distribution, the publisher, Amazon, and more.

From Hayden's Ferry Review: "Krut definitely delivers on his initial promise that every breath will exhale lightning on this meditative journey; through his lyrical and technical prowess, he proves over and over again his ability to 'tattoo your secrets / on the back of the moon'-the poet's prerogative to immortalize the human condition within timeless imagery and lyricism."

From The Los Angeles Review: "This is the Ocean's philosophical musings and tight formalism echo Stevens, but Krut takes the blue guitar and plays it electric."

We already know that the world is falling apart, that consciousness (& maybe even language itself) is broken. It's the future, after all. Enter Robert Krut, the calmest man left on the planet, the last good guy standing. He somehow manages to take in all the craziness, all the fractured & color, & process it according to operational parameters we humans used to call emotions. He helps us see the electric ground we're standing on. -Nate Pritts

In Robert Krut's second poetry collection, This is the Ocean, the speaker attempts to divine mysteries from circles coffee mugs have left behind as well as the code of the flickering gas station bathroom lights. The holy is seen in hundreds of bats taking flight as well as the trunk of a tree opening into the unknown. Where the speaker, in delicate promises, tells us that there are lies far too beautiful to be ignored. The wonder and wisdom of these poems will burn in your memory like the bright neon of a pier's Ferris wheel. -Oliver de la Paz

"Each finger bursts into a comet," writes Robert Krut with characteristic dazzle. Poem after poem in this welcome new collection gleams with invention and heart as it integrates mainstream and van grade commitments, combining tenderly realistic, domestic focus with a constant surrealist drive toward fresh experiment. It's a book that seeks "a new language" for brooding over affectionate days on this mad and touching planet of ours. -Barry Spacks

In Robert Krut poem we might walk outside a nightclub and meet Medusa "snakes on her head long dead" and above her their souls in a "ghost snake halo" or we might see a man who's been sleeping in his car for weeks wake and write where his breath has fogged the window, "Go away, go inside." We will always find the magical and disturbing along its streets, we will want to look at everything twice. This Is The Ocean is alive with transformative power, images that sizzle, beautiful uncertainties and quiet humanity. It is a memorable and compelling book. -Beckian Fritz Goldberg

Forget you think you know your body, or your place. To be in a Krut poem is to have a new experience of "reality," both physical and mental. He's messing with physics, with natural law, in poems like dense, disruptive nuggets made of disparate particles from worlds that don't fit together, but are pulled into belonging like filings that happen to share the same size and weight. And it's just this kind of twisting of expectation, twirling of near-cliche into fresh and weirdly palpable expression that gives us an almost visceral experience of what feels like an altered sense of gravity, as if it's been ratcheted up in strength at the same time as earth has grown both more fragile and more dangerous. This is the Ocean swerves between inner sermons and snakes, between the almost ghostly and the daily dictions of "dude." As though driving can be a form of prayer. And hell is a grocery store parking lot. These are surreal meditations on the elusive, equally held by gnosis and ground. Here, as in The Spider Sermons, Krut writes poems that re-arrange our molecules. -Sarah Maclay

Robert Krut is the author of This is the Ocean (Bona Fide Books, Winner of the 2012 Melissa Lanitis Gregory Poetry Prize), as well as The Spider Sermons (BlazeVox, 2009). His poems have appeared in numerous journals, both in print and online. A chapbook, Theory of the Walking Big Bang, was published by H-ngm-n Books in 2007; subsequently, he began serving on the press/journal's Editorial Board. He teaches at the University of California, Santa Barbara in the Writing Program and College of Creative Studies, where he has been nominated for the university's Distinguished Teaching Award four times. 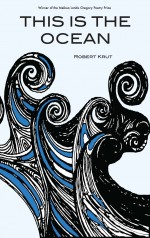