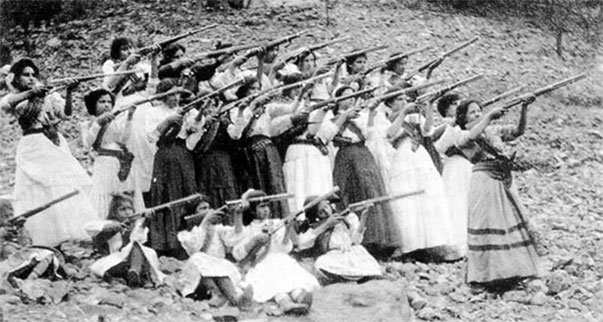 The Mexican as Told by Us Mexicans

A retelling of Jack London's The Mexican by Virginia Grise & Ricardo A. Bracho - FREE ADMISSION


In 1910, the Mexican Revolution began against the autocratic rule of Porfirio Diaz. In 1911, famed socialist author Jack London published a short story, The Mexican, which details a Mexican boxer's journey from Veracruz, Mexico, to joining arevolutionary junta in El Paso, Texas, and ultimately to a prize fight in Los Angeles. The Mexican as Told by Us Mexicans is a theatrical retelling of London's short story by two renowned queer Chicano playwrights, Virginia Grise and Ricardo A. Bracho.