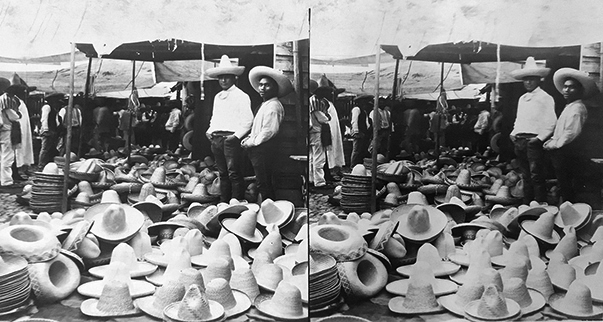 Stop by the California Museum of Photography on Thursday, February 1 and Sunday, February 4 for a public print viewing featuring selection of images from the Keystone-Mast Collection of Mexico City in the early 1930s. The Keystone-Mast Collection is a virtually encyclopedic visual document of the world between the late-nineteenth and mid-twentieth centuries, as photographed stereoscopically (three-dimensionally). Selections for this print viewing will focus on the complex and vibrant culture scenes in Mexico City. Gluck fellow, Angela Lessing will be present to discuss the historical sites as captured in stereograph format and how they appear in comparison today.