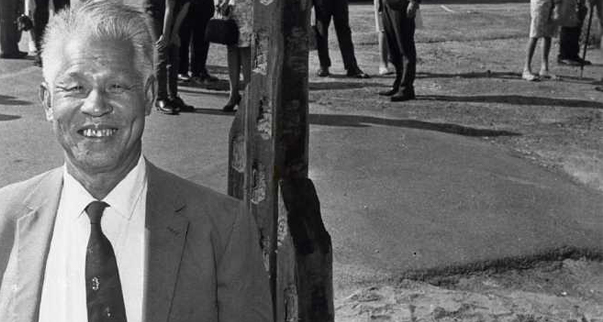 When They All Still Lived: A Film Screening and Discussion with Jerry Gordon & members of Save Our Chinatown

There is a hidden history in need of excavation in Riverside. On Sunday May 6 at 1 pm, please join Inlandia Institute as we screen the film, “When They All Still Lived”, the story of Chinese migration to California, and specifically Riverside, as told by George Wong. Following the screening will be a moderated discussion featuring Jerry Gordon, who was Director of Media Resources at UCR and participated in the production of the film, along with Eugene Moy of Riverside’s Save Our Chinatown Committee.

“When they All Still Lived” is a film produced by the Media Resources Department at the University of California, Riverside in 1988. It is a dramatization of the Chinese migration to California and specifically Riverside from the middle of the 19th century into the 20th century.  It is seen through the eyes of longtime Riverside resident George Wong based on an oral history of him made in 1968 by the Oral History Department at California State College at Fullerton. Wong, who first moved to Riverside in 1914 at age 14, did not personally witness most of the migration but he knew many of those who did and tells their story “when they all still lived”.

Jerry hails from Rochester, New York and completed all his education in New York State including a Bachelor of Science from Ithaca College, a Master of Science from Syracuse University, and a Doctorate in Education from the University of Buffalo. Before becoming an educator he worked in broadcast tele-vision and for more than three decades he was a teacher and administrator in the public schools of New York State, the State University of New York, and the University of California, Riverside. Jerry and his family moved to Riverside in 1982 from Alfred, New York where he was an Associate Professor of Communication Media to assume the position of Director of Media Resources at UC Riverside, and is now retired. Jerry has been a Mission Inn Foundation docent since 1998 and has taught various docent training classes for many years. He is a member of the Riverside Historical Society, the Osher Lifelong Learning Institute at UCR Extension, and the Riverside Men’s Breakfast Forum.  He resides in Riverside with his wife Susan. They have two grandchildren in Portland and one in Henderson, Nevada.

The Save Our Chinatown Committee (SOCC) is a 501(c)(3) non-profit organization based in Riverside, California that works through education and advocacy to inspire the public's appreciation and stewardship of Inland Southern California's diverse heritage. Our mission is to protect, conserve, and interpret Riverside’s Chinatown archaeological site, and to tell important stories about the experiences and contributions of Chinese Americans in Inland Southern California.

This event is FREE and open to the public. The event will be followed by light refreshments. The Barbara and Art Culver Center of the Arts is located 3834 Main Street in the heart of downtown Riverside.